We’ve Been Down Some Strange (But Interesting) Paths

Home » We’ve Been Down Some Strange (But Interesting) Paths In our role as a Toronto-based recruiting firm with a goal of assisting organizations in finding the key people they need to be successful, we sometimes take an interesting and quirky journey to meet our clients’ needs. The requirements are often challenging – after all, that is why we are getting the call!

Here are a few notable examples: 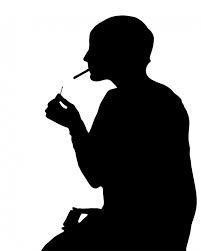 someone who had experience and scientific knowledge with the type of fungi that grow on tobacco leaves. Not only would the successful candidate be required to have this narrow education in biology and relevant experience, they also had to be willing to smoke cigarettes regularly. Many tests on tobacco can be performed with instruments however the main factor that absolutely must be assured is that, for a particular cigarette brand, the taste doesn’t change from one season’s blend to the next. The best way to ensure that is by actually smoking the blend and confirming the taste. Our successful candidate didn’t need to be a chain smoker, but he did need to be willing to smoke cigarettes as a daily part of his job. This was an extreme example of head-hunting and, after a four-month search, the successful candidate (a smoking post-doctoral fellow at the University of Toronto) was found.

Our client, an Australian-based iron ore mining company, needed a Controller for their new operation in Guinea. This individual would need to be a qualified accountant, be bilingual (French/English) and either be already in West Africa or be willing to relocate there. The main sources were individuals in similar roles in Nigeria and bilingual candidates in France and Quebec. Unfortunately, this recruiting process was all transpiring in September, 2008 and the oncoming financial crisis put a stop to our client’s plans. 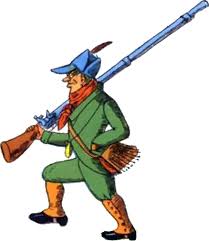 Some regular readers of this blog will recognize this anecdote as an example of how we were able to assist a small contracting company to take the next step in their recruiting. This started with the owner calling me with the stated problem being “I can’t go moose hunting”. Unsure of how that problem meshed with our role as a Toronto-based recruiting agency, I asked for clarification and found out that the problem was that the owner didn’t have anyone to step into his shoes during an absence. He did not have a second in command and, because of that, he could not take a vacation or evolve the business to the next level. After an exhaustive search of his industry for experienced management level individuals, we matched him with a very capable person (initially found working on contract in The Bahamas) who has been his trusted lieutenant for more than 10 years.

In smaller communities, it is often necessary to reach beyond the immediate area for candidates to fill roles that are either management level or technically specialized. In one instance, we were recruiting a President for a mining equipment company and although we had some local candidates, the majority were from out of town and would require a relocation if selected. These days, that brings its own problems as there may well be an employed spouse that would also have to change jobs, and children who may be resistant to a move. In this particular case, we had to disqualify one candidate who was willing to accept the role but would only relocate on his own for an initial six months, leaving his family behind until he was assured that “everything was fine”. This was too much of a risk for us and our client, so we had to move on to other candidates who were willing to make the leap. This brings to mind the story of Cortés who, after invading the New World in 1519, ordered his boats to be burned (they were actually sunk) to prevent his own men from leaving – refer to Burning the Boats.

On another occasion, we had a recruiting assignment to fill a particular middle management technical role for which no local talent at the management level existed. The candidate would have to come from a larger urban centre where wages were considerably higher than our client was used to. Our client had a great deal of difficulty accepting the fact that it would be next to impossible to attract the right person without paying an amount that would be an exception to their local pay scale in spite of the fact that the cost of living (real estate in particular) was lower. In situations like these, employers have to go to great lengths to train and mentor their own talent locally so that they can fill management roles from within as they come open.

Not particularly quirky, but fun. Our client engaged us in the recruiting process to find a Plant Manager for a brand new facility

in South Carolina that manufactures stainless steel vessels for the craft brewing industry. The particular skill set required previous plant management experience, an engineering background and hands-on experience with the manufacturing of large stainless steel vessels. This was a total U.S. search and we found our Mr. Right in Tupelo, Mississippi (Elvis’ birthplace).

6.  Transfers Across the Southern Hemisphere

A number of years ago, we identified that, for some reason, there was a short-term shortage of accountants in Australia and so we set about to remedy that situation from Canada. Our initial plan was to encourage Canadian accountants to make the move, but the final result was something different. In the end, we found considerable success in relocating South African accountants to Perth, Sydney, Melbourne and Brisbane. It seems that the political situation in South Africa was making some people interested in looking at alternatives and relocation to another southern hemisphere country with a temperate climate held a lot of attraction. We managed the whole recruiting process from Toronto, in spite of the obvious time zone challenges. While this may seem a bit odd, the quirkiest part of this particular story is that for one of the accounting roles that we filled in Perth, the candidate who was eventually hired already lived in Perth, about two blocks from our client. We organized it all from Toronto, thanks to the magic of the Internet and global communications in general.

Kathbern Management is a Toronto-based recruiting firm focused on working with organizations who are seeking to find and hire the key people who are critical for their success.

PrevWhy Should I Work For Your Company If You Won’t Address These Issues?
What Do You Mean Money Isn’t Everything?Next